Recently, a lot of information about Huawei Mate50 series has been made public on the Internet.

In the past two years, Huawei has developed rapidly, especially the mate series, but from the feedback point of view, Huawei mate20 series is the most popular, and mate30 and mate40, although the hardware is strong enough, but the appearance is not perfect. Recently, according to a set of Huawei mate50 concept phones disclosed by foreign media, we found that its production is very perfect, surpassing mate20, the glass panel used on the front is very complete, and no perforation design has been found.

The aluminum frame shell of the mobile phone is very thin and is manufactured by CNC milling. It is worth mentioning that in order to satisfy different consumer groups, the iPhone12 vertical aluminum alloy frame is adopted. Huawei mate50 will adopt a brand-new design, matrix lens is used, in order to highlight the individualization, it will place a small secondary screen next to the frame, support AI smart technology, easy to operate. 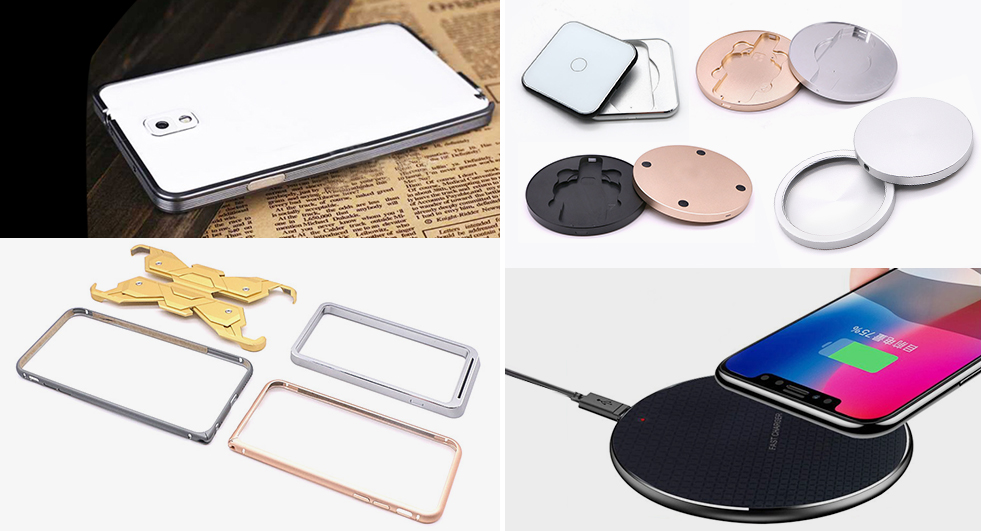 At the same time, the mobile phone has also been fully upgraded in terms of charging, and introduced mobile power, vertical wireless charger, wireless car charger and so on.

Among them, wireless charging housing is a CNC milled aluminum shell, and through high-end surface treatment, the product is more durable and feels better.

At present, there are many different styles of wireless charging housing suitable for different consumer groups, but this is the most high-end or CNC milled aluminum shell.

Huawei has chosen this process and believes that it will be favored by more consumers.